“Yo soy, yo soy Boricua\Yo te amo, Puerto Rico” those were the words that could be heard from atop NYDIS’s float in Sunday’s 62nd Annual Puerto Rican Day Parade. “I am, I am Boricua\ I love you, Puerto Rico” is what they mean, and they serve as the chorus of local artist BRBN’s new single “Yo Soy”. The song could not have been a more appropriate anthem for the event.  Its pride echoed from the float and into the crowd as NYDIS’ staff, partners, and clients marched down 5th Avenue all the way from 43rd to 79th Street past millions* of New Yorkers, lining the sidewalks to celebrate their Puerto Rican Heritage.

NYDIS was honored to have its own float in the parade featuring the slogan Estamos Aquí – We are Here. The ‘we’ on Sunday took on a much more celebratory tone, affirming pride in “la cultura puertorriqueña” and reminding the rest of New York that the island of Puerto Rico deserves just as much inclusivity as the island of Manhattan. Sunday’s participants were largely members of both.

The event was punctuated by bright colors and heel-stomping music, but underneath the exuberance of the moment, there seemed to exist a more serious and persistent message. That message, much like the one found on the float itself is not just a symbol of pride, it is a calling out for help. With 3,000 Evacuees of Hurricane Maria still living in New York City, there remains a need for disaster relief that endures even after the news cycle moves on. NYDIS was proud to represent that message on Sunday and will continue to pursue long term recovery efforts in the months to come.

NYDIS is grateful to DJ Verseti, BRBN, Bria Lee, Bodega Bamz, Dynasty the King, and Nino Khayyam for offering up their musical talents and sharing in the celebration.

The Puerto Rican flag seemed also to take a central role in the festivities with marchers and supporters alike wrapping themselves in the single-starred banner, waving it fiercely, and chanting the lyrics to the island’s unofficial anthem “Que Bonita Bandera”, meaning “What A Beautiful Flag”. NYDIS’s crowd was no exception, as is evident in the photographs below.

Both the parade and the crowds it drew reminded the staff here at NYDIS of the increasing importance of our message to the greater community regarding those affected by Hurricane Maria :

Si, aquí estamos, y no seremos olvidados. Yes, we are here and we will not be forgotten. 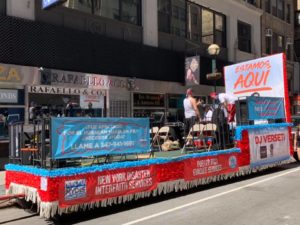 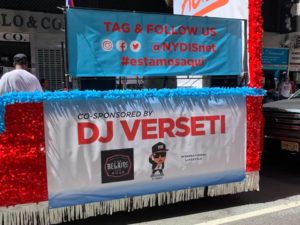 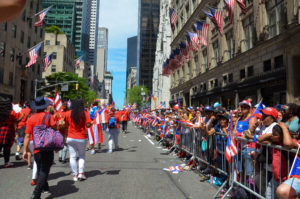 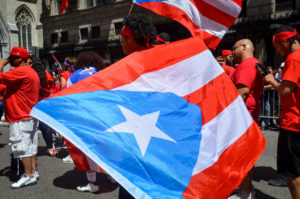 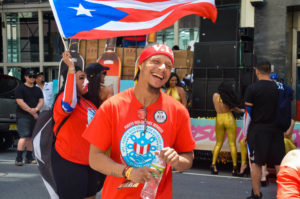 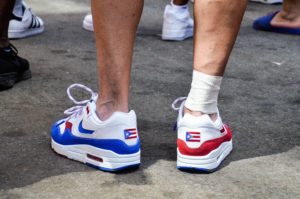 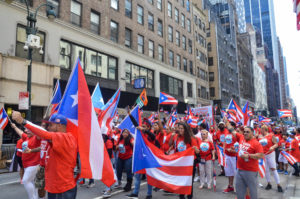 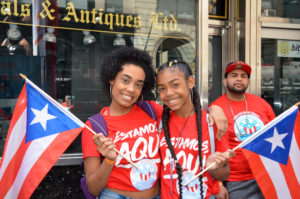